What Does the Fox Say About Parenting Tweens and Teens? 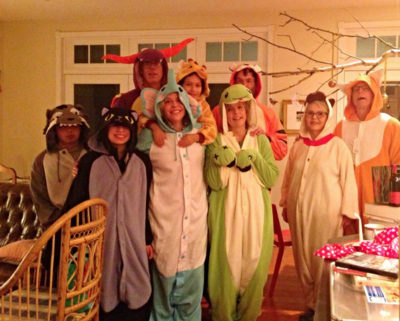 Overnight, you’ve become wildly unpopular as a parent. Your teen suddenly compares you to other parents, who dress “normally,” buy “much better food,” give their kids the newest iPhone and are generally waaaaaaay (hashtag OMG) more cool than you. Where do you turn for inspiration?

Parents of teens and tweens need role models to teach us how to launch our kids into the world so they’re ready for life (and, God willing, eventually have their own health insurance).

Foxes and other wild animals have been raising teens for eons. Their dependents learn to fly in the dark, adapt to shifting environments and feed themselves. If they can teach their teens/tweens to survive on this planet, you can too.

Here is what the Fox (and three other helpful animals) say about parenting tweens/teens:

If your house is like mine, a lot of epic shizzle must get done every day to keep the family ship sailing: load and unload the dishwasher several times, cook some sort of meal(s), bus dishes, walk the irrepressible dog. On top of that, you’re charged with signing school papers, writing checks and helping with homework. You can do it all yourself, but it’s so much better if you have help, like the fox does.

Naturalists note that teen foxes, if they want to eat, must assist the vixen (momma fox) until they’re ready to claim a territory of their own. Teen foxes keep busy guarding, playing with, grooming and provisioning the younger foxes. They’re the vixen’s personal assistants.

If you’ve got younger kids, how can your tween/teen help with them? Could they read for 20 minutes with a younger sib? How else could they contribute to the den’s operations? Make a simple dinner for everyone? Haul groceries from the car and put them away? Think like a vixen. Get some help.

Being a parent of tweens/teens can make you feel a little like Tonya Harding at the Sochi Winter Games: unpopular, scandalous and a wee bit old. Whenever my tweens/teens give me the cold shoulder, I think of the Emperor Penguin. These feathered arctic daddies shuffle around at 50 below zero with an egg stuck between their legs for a whole damn winter, braving the unceasing polar winds without shelter.

When you feel your resolve crumble, turn your chest bravely into the cold wind blowing from your tween/teen and envision daddy penguins braving blizzards. Remember, spring always comes. Surely, you can withstand the gale force of tween angst as you explain to them (again) that you won’t be taking them to the mall until their room is clean. Nobody has it as bad as the emperor penguin. Nobody.

When you have trouble leaving your tweens/teens for a 15-minute respite, date night, yoga class or a 21-day pilgrimage to India, remember the giraffe momma. Giraffes leave their kids behind periodically without batting a long-lashed eye. Why? Because a watering hole in Africa is a dangerous place for a young giraffe. There are too many predators. Momma giraffe leaves her kids with other adults and seeks refreshment… alone.

It’s dangerous to continue the perilous hobby of parenting without rehydrating, metaphorically, at your own water hole (weekly, if possible). We all get thirsty.

Your tween craves consumer goods — another Xbox game, a Rainbow Loom organizer, a fresh pair of Nikes. You give them an allowance, but it’s never enough, and you wonder, Should I give them more? Wait! Hold on to your dream of independent offspring and study the leopard.

I once saw a teen leopard feasting happily in the south African bush on a lovely leg o’ antelope his mother had dropped off for him. Teen leopards aren’t capable of making clean kills on their own… yet. Momma leopard teaches teens by literally throwing them a bone, something they can chew on independently. Once they master that basic task, they graduate to bigger hunting lessons.

If your tween/teen is cash poor, you can offer them a leg o’ antelope — an opportunity to learn how to feed themselves by earning extra money (Scrape ice off the driveway? Reorganize the pantry?). Though they may only snarl and retreat up the nearest tree, giving them opportunities to learn how to support themselves is still a good idea.

When a leopard momma senses that her teen has sufficient basic skills, she stops dropping off the antelope legs. She allows hunger to build in her teens, because hunger motivates. It gets them off the couch to hunt for themselves. 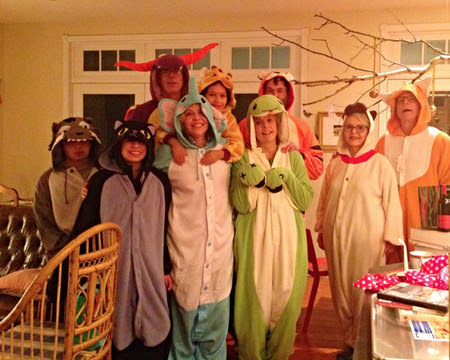