Hiccups on the Lido Deck: 3 Steps to Recover from Creative Rejection. 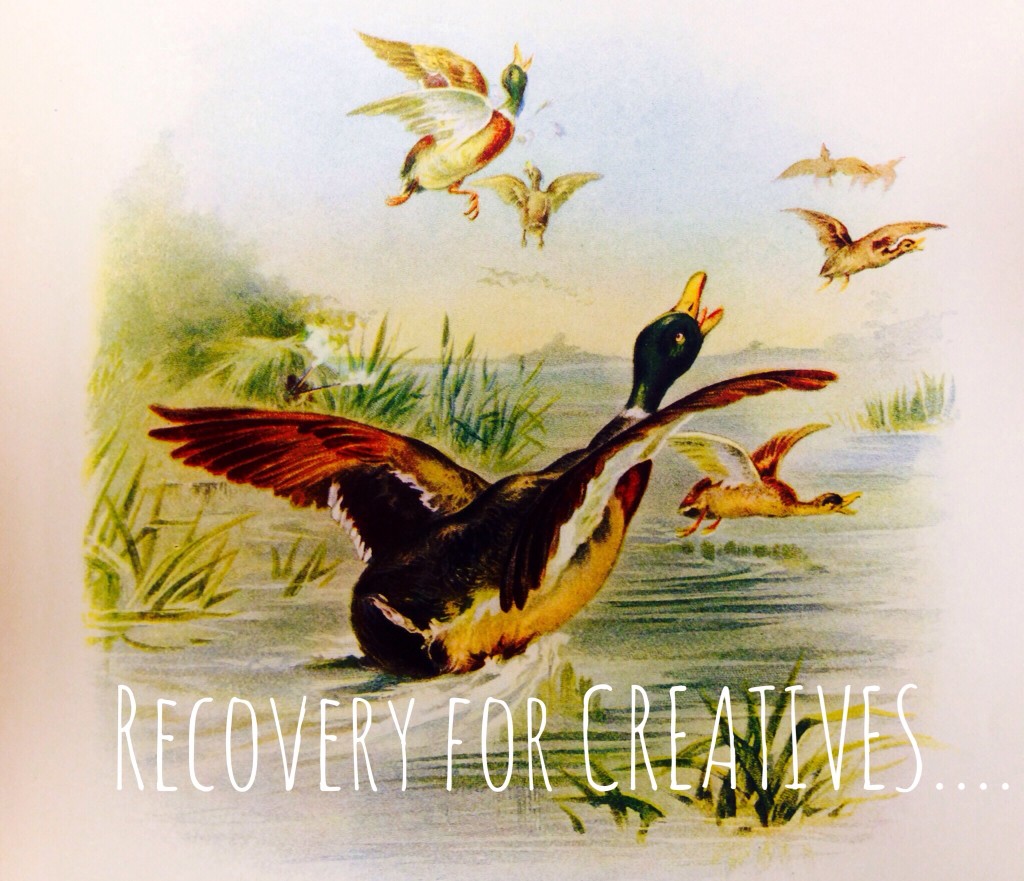 Originally published at @Rebelle Society (a great site for Born to FREAK Humans!)

If you’ve risked sharing your creativity and been rejected, you already know. It’s like having your undercarriage waxed with superglue. Rrrrrrrrippppppp.

Maybe you revealed your “Saintly Toaster Robots” screenplay to your mother and she told you, “It’s derivative.” Perhaps, during your first paid comedic gig, you got heckled by a drunken audience member and fled the stage.  Or, your Etsy listing of necrophilia inspired decoupage broke records for highest number of *thumbs downs* and Etsy security called to request you remove it.

Whatever happened to you, I am sorry. It’s awful.

Rejection can leave us doubting whether we should ever construct another plot, take the stage or dip into the modge podge again (I prefer Elmer’s). We convince ourselves that we’re not capable of creating.  We experience such deep despair that we vow to never risk again. We quit.

Take heart. While it feels like a knife to your heart, creative rejection is actually evidence that you’ll succeed. I’ll outline the surefire route to recovering from a crash ‘n burn so you can get back flapping in the skies and flying towards your dreams.

Allow me to illustrate….

At 44, I yearned to write a book. I couldn’t believe how rapidly words flowed from my brain into a Word document. I sent my 62,000 word first draft to a well-known editor for the stars.

I mailed the manuscript. By the time the appointed hour of our call finally arrived, I’d already poured us both a glass of champagne. In my mind, I was on the lido deck and could hear her saying, “How fabulous is this book you’ve written?” and “Too bad you hadn’t started earlier!” she’d say, “you could have already made us both rich!” Hiccup.

I should have seen the iceberg coming. She told me I wasn’t ready to write a book… I wasn’t a master yet. I needed three more years. She told about Mrs. Fabulosity and how she was ready.

I immediately resented Mrs. F with the white-hot passion of a thousand suns even though I only knew her from the pages of a magazine. I sort of blacked out as I scrawled a few awful notes. It was all I could do to get off the phone.

Step One: Allow yourself to cry, shake, and listen to Stairway to Heaven…then, share your story with another person whom you trust. You’ll need to find a way to feel less alone with your pain.

I felt like a duck shot down out of the clear blue sky. This advice of hers was violence. I quacked, waddled and moaned. After sobbing for an hour, I propped myself up on a pillow and slept.

I replayed the call for my husband. In a moment of rare Northern European emotional expression, he burst into tears, too, remembering his own past rejections.

I later told a trusted friend who apologized for the editor’s critique. This gave me sweet relief.

Step Two: Ask yourself if any part of the criticism you received resonated as true. If this is a kind Universe… how could this rejection be here to help you?

A few days after the call, an incredibly detailed and kind letter arrived from the editor. The tone seemed oddly cheerful. No, I couldn’t write the book I wanted to… but maybe eventually a different book could work.

There were all kinds of insightful feedback on where I had gone wrong (and some where I had gone right). I hated it. Especially the nice parts. She was so irritatingly articulate while she dashed my dreams.

A different book? As annoying as it was to hear, that began to resonate in my brain. I began to ponder if it wasn’t this book…what book might it be?

If you were booed off the stage then the criticism may be in no way helpful except, now you know that jokes about your poodle’s skin condition don’t go down well with the American Cat Fanciers Association. Maybe you don’t even fancy Cat Fanciers?

The necrophilia inspired decoupage nearly created a violent riot on Etsy. Looking back…something felt a little off. What would make it right? Or perhaps a totally new idea pops into your head?

My wise friend Anna says helpful criticism will always leave you with a sense of freedom and renewed purpose. Did any of the feedback do that?

A few months later, I sent a query to a different editor. We spoke. I had a new idea. This time it was a bit more focused, and involved an area of freakish mastery: animal totems.

I began to tell her my ideas. She was kind and supportive. She didn’t tell me that I wasn’t ready. With her support and my new clarity, I began to write a new book. It was one of the most challenging projects I’ve ever taken on.

The one thing that kept me waddling back to the keyboard day after day was my desire…to write something that might encourage others… to create something whimsical and fun that was loaded with transformative power.

With help, I refined and rewrote and added slowly to the sweet project. Eight months later, with the help of a small team of dear friends, I self-published. It’s been selling like banana pancakes ever since. I’m not yet paying our mortgage, but I’m heading towards buoyancy.

Maybe there’s a Facebook group for science fiction screenplay writers where you can connect with other writers to determine if Saintly Toaster Robots really is derivative. (P.S. Since it’s all from God/the Universe anyway, you could say we’re all derivative.)

Perhaps the Divine Dead candles you made last year sold like gangbusters at the Megadeath concert tailgate party. Maybe it’s time to bring the necrophilia inspired decoupage to a more *lethal* venue?

Where (or from whom) could you get support and helpful feedback?

After my first book was published, I went on to write another. I wish I could say the process felt like frolicking with unicorns but it didn’t. Writing the second book was even harder. But, there’s just something so damn satisfying about writing that I keep on. It’s a double rainbow bonus when others resonate with the words I’ve written.

I’m writing a third book and seeking out an agent. I’m up on the lido deck pouring the champagne again and letting the sea breezes caress my skin. I’m ready to face critique and rejection because it’s the only way I ever succeeded.

What is it that YOU are longing to create?  How could you get support?