Do You Have ZUGUNRUHE? A Sign It’s Time for You to Fly from the Winged Beasties 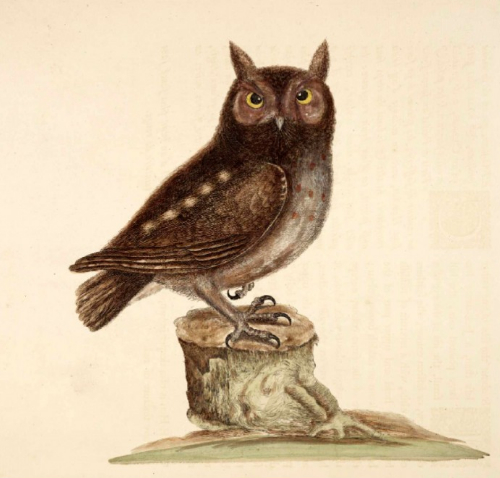 Over the past few years, I’ve spent a preposterous amount of time studying wild animal behavior as it relates metaphorically and literally to human behavior. As an animal totemologist who goes about her job vigorously, I’ve spent many marvelous hours in the pursuit of Beastie info – bumping around on the South African Bushveld in a Land Rover; communing with an eccentric and controversial animal rescuer while he wrestled and mothered orphaned bear cubs in West Virginia; schmoozing with Bob, the peregrine falcon guy, at Morro Bay; birding in Minnesota’s Sax Zim Bog (a Dr. Seussian name for North America’s premier winter birding destination); banding, snuggling, and releasing saw-whet owls under cover of night; leading recovering wild mustangs around in a pen; tromping with binoculars along the beaches of Lake Superior with world-renowned ornithologists wearing vests packed with birding tackle; intensely bonding with a nature photographer who, like me, could spend hours alone in the woods.

The most interesting things I discover about wild Beasties often have a deep resonance for me as a human.

On a lucky day in Sax Zim Bog with Erik Bruhnke – one of the finest guides of the avian world – I learned the magical word ZUGUNRUHE (say “ZOOG-oon-ROOha,” with enthusiasm!). ZUGUNRUHE describes a peculiar behavior some Beasties exhibit when it’s time to migrate or move on.

The German word ZUGUNRUHE comes from ZUG (move, migration) and UNRUHE (anxiety, restlessness). Birds in ZUGUNRUHE appear to have their little birdy undies in tiny birdie bundles. They’re rawwwther anxious and fluttery and restless as hell. Basically, their birdie bodies are telling them in various ways that the time has come to go.

So, what, pray tell, does ZUGUNRUHE have to do with humans? We who were born to FREAK (humans with eccentric inner multitudes who are here to rebalance the world by expressing them) experience seasons in our lives, too. We FREAKS sometimes get an anxious or restless feeling, a ZUGUNRUHE telling us it’s time to move on, literally or metaphorically, to something new. Maybe it’s time for a new career or a new way of being in the world, a new project, a different kind of relationship.

Being in ZUGUNRUHE can be kind of disturbing, altering our sleep patterns, waking us up at night as we begin to realize that something’s not right. It can feel like it’s no longer peaceful to stand still in this place. Little yearnings start showing up as our undies begin gathering themselves into bundles. Those strange urges clue us in to where to fly to next, how we might get there, and when it’s time to go.

As humans, we can sometimes forget (I forgot) that our bodies – just like birds’ bodies – are hardwired to navigate for us. But if we tune in, we hear whispers. We may not be like the blackpoll warbler, which suddenly knows it’s time to fly nonstop from New England to New Zealand … but, then again, we might!

Human ZUGUNRUHE seems to express itself in many different ways. It can start with a discomfort that begins to rise, an urge telling you that, like the birds, you just gotta fly … or be doomed to a lifetime of nervousness and chronic sleep disruption.

There are other symptoms of ZUGUNRUHE, too. I’ve experienced various periods of ZUGUNRUHE in my life, during which I’ve been wide awake at three a.m. for nights in a row and gained weight (sudden mass gain, or polymorphism, is common in migratory birds during ZUGUNRUHE). Hell, once I even molted like a European robin, during a particularly intense ZUGUNRUHE-prompted episode of telogen effluvium – a human scalp condition that causes the simultaneous shedding of all hair in a certain growth stage (I had to vacuum a lot during that one).

For humans and Beasties, the keys to making a successful migration through a really big change are the same. Here are a few helpful tips:

If you’re experiencing ZUGUNRUHE, don’t let your or anyone else’s previous failed attempts to change keep you from honoring the whispers and shouts for something new.

Remember that you truly cannot make a wrong turn.

So keep REACHING, DREAMING, and ACTING on joyful impulses.

If you’re experiencing a severe ZUGUNRUHE but feel unable to flap off toward the new place (physical or metaphorical), a wonderful coach or healer of some ilk (shamanic or otherwise) may be able to help you alleviate your discomfort and rediscover your own internal compass so you can use it to get to your lovely new destination. Then you can focus on settling in and enjoying your new bounty.