Most Highly Efficacious Ways to Find Your FEEL GOOD quick! 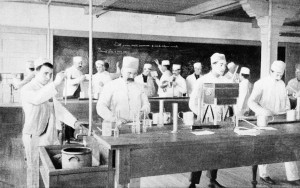 The act of simply reading a report like this can cause an immediate FEEL GOOD- so please proceed with abandon.

Correlation: top 3 methods are highly correlated with a p value greater than 1 giga-bajillion (>1.0 GBJ). And that’s seriously for reals what I would call majorly correlated.

TOP 10 FAVORED METHODS for entry into the so-called “FEEL GOOD” state include:

1. PETS: The act of watching them roll over for treats, walking with them in nature, off leash in canyon, napping with them, watching them nap (or just before), getting kisses, cuddling….this is highly correlated among nearly all subjects.

3. NATURE: Contact with nature including but not limited to river flowing, birds singing, eagles, hawks, snowy trails, hiking, watching wildlife, running around trees, letting waves pound “self” in Atlantic or any ocean, walking barefoot, seeing the sun rise or set, listening to the rain, feeling the wind on your skin, laying on the ground…on the beach…in the grass.

SINGING was reported as loud…often to the point of causing dizziness, freq. performed in the car and some subjects also reported a related activity they mysteriously termed “singing, singing, singing

6. So-called GRATITUDE ATTACK (where subjects apparently simply review what is good and well in their lives) is a highly efficacious activity. Subjects give very little detail but its apparently v. good.

9. **SEX, not otherwise specified. Also includes “thoughts of sex” “daydreaming of sex” oh yes, and then there was “delicious sex” and something that was described as “delibertately sensual passionate sex” (more study of this subject is definitely indicated. )

**** this researcher predicts this is massively under reported due to the public nature of this experiment and a smaller uncontrolled private study indicates that this may have landed near number 2. Or 3. If subjects had felt more anonymous. more study and more sensual pleasure (in the mean time) is needed for all subjects.